CHICAGO'S FOREMOST SCHOOL FOR THE MARTIAL ART OF AIKIDO

The first dojo in the Midwest dedicated to Aikido, Chicago Aikikai offers a warm community and a tranquil environment for the study of the traditional Japanese “martial art of peace.”

Marsha Turner Sensei, Chief Instructor, is a sixth dan and student of Mitsugi Saotome Sensei and Hiroshi Ikeda Sensei, but began her studies under Chicago Aikikai’s former dojo-cho Kevin Choate Sensei (seventh dan) in 1986. After Choate Sensei’s passing in December 2012, Saotome Sensei appointed Turner Sensei as chief instructor and dojo-cho for Chicago Aikikai. Turner Sensei is known for her exceptional weapons skills having earned a shodan rank in Iaido, and being a former student of Western-style fencing.

New to Chicago Aikikai? Please join us for a free introductory Aikido class any Sunday morning at 11 a.m. or you can contact us to make separate arrangements. We also welcome visiting aikidoka from any style for a small mat fee.

Friends,   The COVID-19 situation is especially troubling with significant consequences around the world and across all sectors of society. Aggressive and preventative measures are being taken to protect our … END_OF_DOCUMENT_TOKEN_TO_BE_REPLACED

A special introductory class is offered each Sunday morning class. This class will give instructors an opportunity to meet new students, work closely with them, and share the principles of Aikido to those visiting the … END_OF_DOCUMENT_TOKEN_TO_BE_REPLACED

Every practice has a cost, there is a ton of slag for an ounce of gold. Just walking in the door and getting on the mat for an hour doesn't necessarily meaning that you'll make any progress. Over time technique will … END_OF_DOCUMENT_TOKEN_TO_BE_REPLACED

Half of an aikido class is falling down and while falling down is fun, good exercise and a chance to feel the skills of my partner I want it to be more.  I've come to realize that I can help a new student more when I am … END_OF_DOCUMENT_TOKEN_TO_BE_REPLACED

Have you ever noticed this about yourself? Your partner does an “unfair” move towards you, for example, he responds to your light strike with a hard and painful one. And then you get angry. Or your partner is a bit … END_OF_DOCUMENT_TOKEN_TO_BE_REPLACED 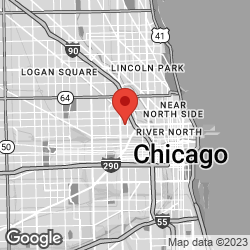 Free parking is available along the North and South bound streets, and in the diagonal spots behind Golder Prep (see parking map)

Aikido, the art of peace, offers a modern-day path to achieving inner balance. Rooted in the traditional disciplines of the Japanese samurai warriors - including jitsu (hand), ken (sword) and yari (spear) - Aikido is a contemporary martial art that can effectively repel any attack, but the goal is nonviolent conflict resolution.